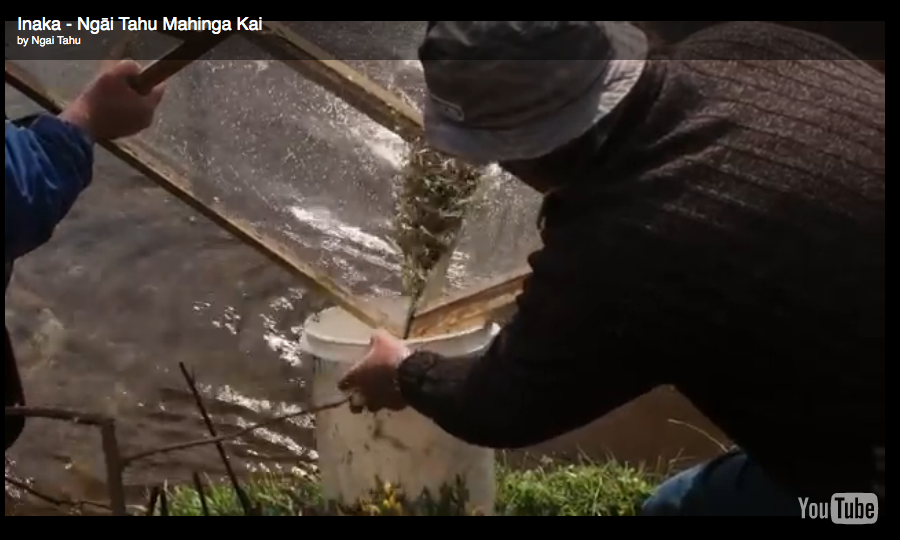 Juvenile Whitebait being caught.  Click to see a video about Whitebait – Inanga or Inaka produced by Ngāi Tahu

Māori tribes vary in what they call Inanga.  Some refer the name Inanga to adults of freshwater species.  Others more commonly refer to the juvenile fish of different species.

It is commonly accepted that there are 5 species in the modern whitebait fisheries.

All of these species except the Banded Kōkopu are threatened in the wild.  Various species of smelt are often confused as whitebait.